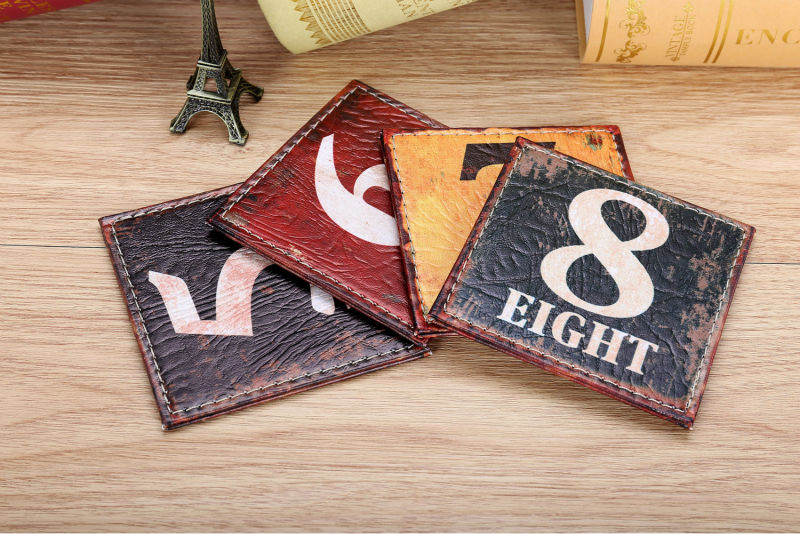 With thirteen kilos of plums sitting in the freezer at one point, and only so many crumbles you can eat in the heat of Summer we’ve been enjoying our plums, cooked down with a little sugar into a compote type affair with Greek yogurt as a cool pudding after dinner. I’ve decided against making jam at the moment as we still have a couple of jars of mulberry and grape to turn to (and to be honest we’re not big jam eaters anyway). So I wanted to find something new to do with my bags of purple fruit and, with the help of the Internet, I started reading about leather!

Fruit leathers are basically pureed fruit mixed with something as simple as sugar, or as complicated as lime juice and honey, and are spread thinly onto a baking tray and put into a very low oven for a few hours to ‘set’. They are then cut into strips and rolled up so they can be stored for a super sweet hit when the energy levels are a little low and only something sweet and chewy will do (think fruit gums after they’ve been steam rollered!) 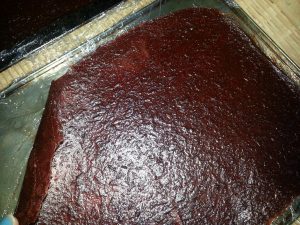 With a kilo of plums already defrosted, I put half of it in the food processor, added around half a cup of sugar just to sweeten it enough and then ran the mixer until I had a smooth puree. I then lined two baking trays with cling film and poured the mixture out onto them to a maximum depth of around 5mm and then set them out in the sunshine to dry under a mesh cover (it seemed daft to put the oven on when we had days of hot sunshine forecast). Two days later and I was able to peel the leather from the cling film, revealing a sheet of plum jerky!

I then cut this sheet into strips and rolled them up to put in a box in the fridge where they had the potential to last for a couple of months – well that’s what it said in the recipe. They can also be frozen and should last up to a year stored in the freezer, which could be a better option for us next year – I’m thinking out of sight out of mind. I’ll definitely make them again, probably in bigger batches and whenever we have a couple of days of hot sunshine forecasted! 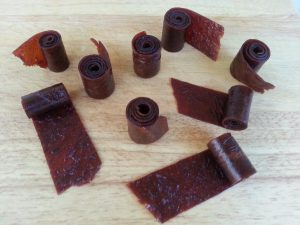 The plum version was so successful (and by successful I mean I had to make another batch within a week) that I tried a blackberry and apple version which was just as good, although the blackberry puree needed sieving to get rid of the seeds. I also made a pure apple version, mainly because I wanted a change from all the ‘purpleyness’ in the Tupperware box, but this one turned out to be my favourite. The thing I love about doing these is that they are so easy to make, and the time it takes to set may be a while but involves no actual work. Also you are creating something sweet from fresh fruits with as much or as little sugar as you want – the recipe is totally in your control. They would be great for kids but I think the term ‘fruit leather’ certainly conjures up something very adult!