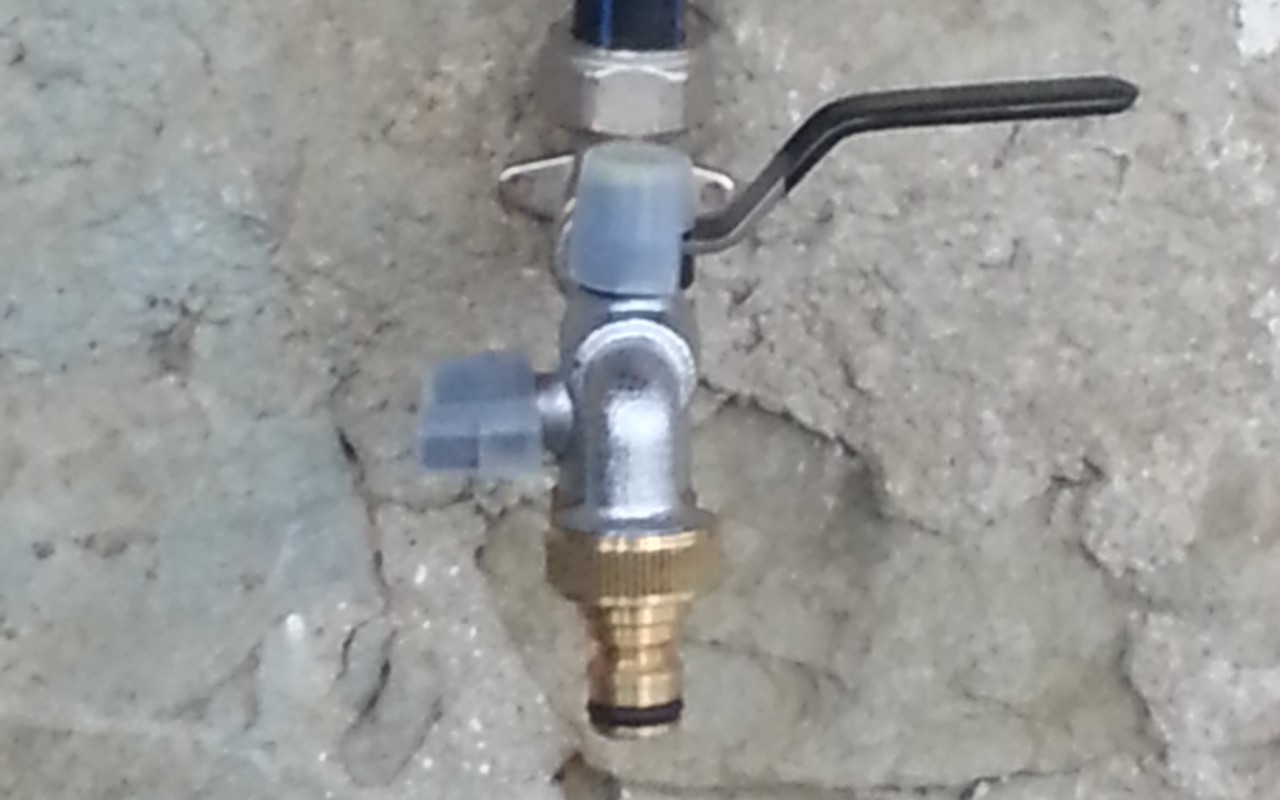 The other day had us starting the important project of installing a water supply – we’ve not given up on the water in our well, but after two separate analyses we’re still battling with ‘batteri’ so have decided to tackle a full empty and clean once we’re up at the house and ‘settled in’.

We’d already located our connection point up to the Comune water supply up at the Agriturismo next door after uncovering and lifting all three grate covers to determine which was ours (of course it was under the cover the furthest from our house). We’d previously bought all the materials required but the first job was to dig down to the level of the connection in the concrete chamber, make a hole through the two inch thick concrete and dig a trench leading to the side of the road where we would run our pipe. Not a difficult job but a little harder due to the blazing sun that day.

Once the digging was done – and around 2 litres of bottled water drunk – we then had the tricky job of running 300 metres of plastic pipe over our neighbour’s land and onto our land, in gulleys, and around trees, interspersing pipe with various straight connections, elbows and isolating valves. When the time came to switch the water on, one of us had to walk back up to the Agriturismo to turn the ‘tap’ on and the other had to stay at our house to open the isolating valve to let all the air out and wait for the water to arrive. The only problem was that with a pretty poor mobile connection in the area and 200 metres between us, we had to work out various ‘calls’ to each other so we knew what was going on! Once the water appeared at my end I had to turn the valve off then run over the hillside to the next joint in the pipe to check for leaks – Marcus had the same job at his end so we eventually reached a point where I was standing at the top of our land and Marcus was on the roadside below and a quick whistle to each other confirmed that we were ‘leak free’.

All that was left to do was to fill in the trench at our neighbour’s house, watched by her pony and the three dogs, and return to our house to affix the tap. We made a little ceremony of turning on the tap for the first time and watching fresh, clean, bacteria free water come bursting forth – no water pressure problems here, in fact we’ve put a pressure reducing valve onto our shopping list for our next ‘Bricoman’ excursion! We finished with a tasting session – not your usual wine glass, swill and spit – more of a plastic beaker, and a ‘Yeah, I can drink that’ – before packing up our tools and enjoying the evening sun for a short while before going back to the campsite.