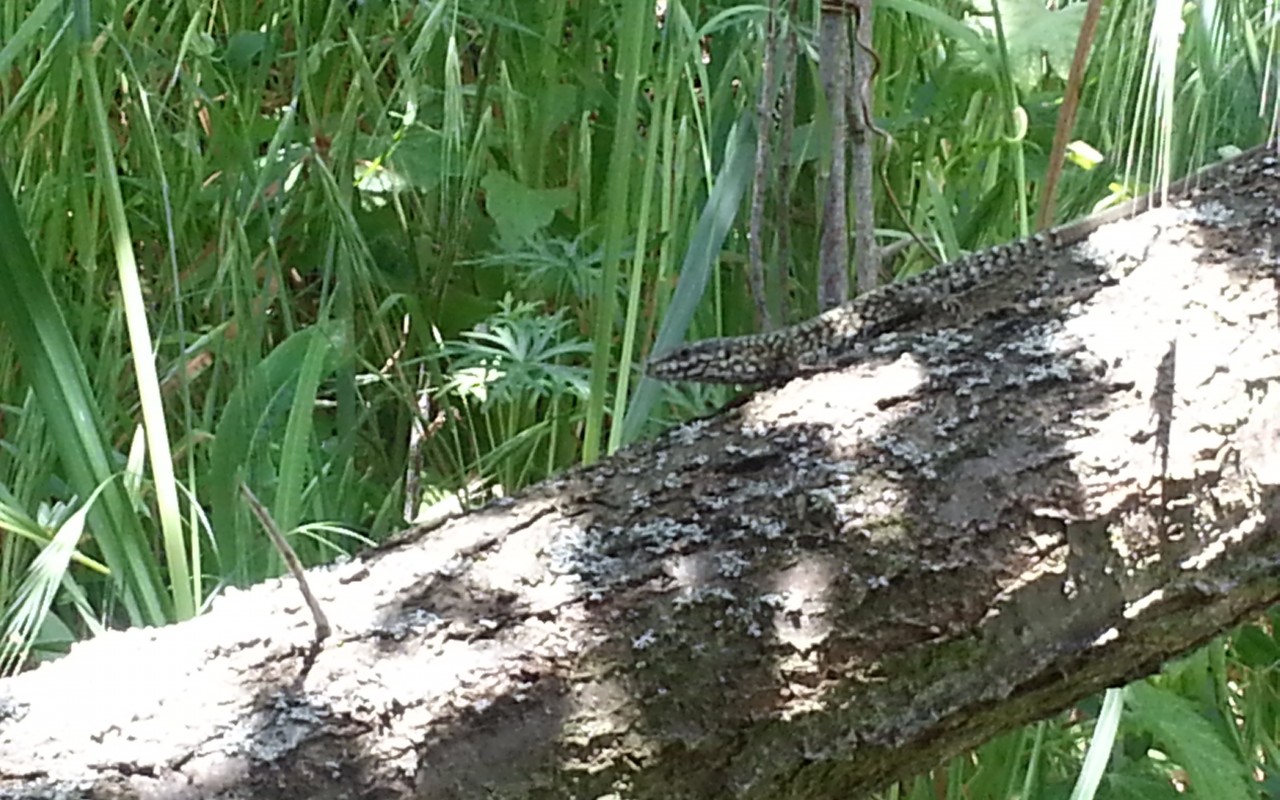 It was only the other day I said to Marcus … ‘since when did lizards become the norm?’ In England it used to be blackbirds or sparrows, but now its lizards. They’re everywhere … if they’re not scuttling out from under your feet in the long grass (and giving me small seizures every time due to the shock) then they’re leaping off the first floor roof onto the ground two or three metres below (and giving me small seizures due to the shock). There are small ones, long ones, green ones and brown ones, ones with no tails, and ones with recently bitten off tails in their mouths – trophies of a won battle (they only seem to do two things – they sit in the sun or fight with each other) – and we’ve seen a couple of large green ones with a blue head called a ‘ramarro’, as we were clearing the undergrowth of our plum trees … and gosh they can run fast! 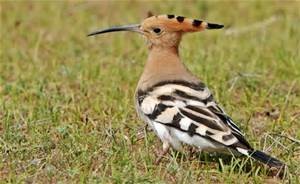 We have a garden full of birds every morning – a tree creeper on our walnut tree, a pair of doves on the telephone wire, and a redstart and his ‘Missus’ darting around one of the gnarly old trees which we’ve just identified as a ‘gelso’ or mulberry tree. We’ve seen a hoopoe in the fig tree – a really pretty bird with pink feathers and a crest on its head, and he’s visited us a couple more times since. There are swifts flying above the top field and baby blue tits falling into the garden on a regular basis as they try their first flight from the surrounding trees. We’ve also seen a pair of Bee-eaters sitting in a tree up the road when we went for a walk.

Another visiting ‘couple’ is a pair of large buzzards that use the thermals from the bottom of the small valley in front of us to gain height for the ridge behind us. On at least one occasion this thermal brought them right up our driveway where one of them settled for a while on the telephone wire in front of our house for a break … a little larger than the doves I can tell you! There is at least one type of falcon (yet to be specifically identified as he doesn’t hang around long enough when we decide to get the binoculars out) that seems to have settled in the trees above the house and we also have a pair of cuckoos, who never seem to be anywhere near each other so spend all day calling to each other from one side of the valley to the other. Add to that noise, the hundreds of ‘grilli’ or crickets that live in the fields around us who chirrup from early on in the morning until well into the night and you’d be forgiven for thinking we’d not moved to a very tranquil spot! The bees are lively whilst ever the sun is on their corner of the house wall, and even at night, when they’re not actually flying around, you can hear a hum from inside the ‘hive’ as they fan their wings to keep their eggs and honey cool.

Aside from next door’s dogs who occasionally wander into the garden unannounced, we have our fair share of furry visitors as well. There are a couple of cats, who they belong to we don’t know, but whilst ever they’re walking around in our garden we hope they’re keeping the inevitable mice at bay (to be fair we have only seen two so far in the wood piles when they’ve been disturbed). Earlier this week I did hear some scratching along the metal walls of my potting shed and was greeted with what I thought was another mouse – until he pulled himself fully through the hole in the wall and ran along the beam – he was about three times the size of the mice we’d seen so I guess we’ve got ourselves a rat as well. 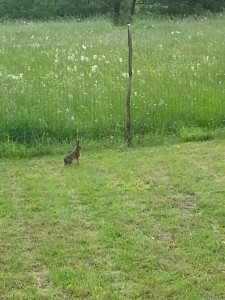 But we also now have a new ‘ospite’ or guest who appeared in the garden a couple of weeks ago. At first we thought it was a slim rabbit but, after checking on the Internet we’ve decided he’s a small hare. He’s very entertaining as he seems to have got a bit of a routine going on a morning which involves having a tentative nosy around our car tyres before haring off (if I can’t use that phrase here … when can I?) down our driveway and returning a few minutes later to disappear for the day with maybe the occasional outing in the evening as well. He seems to always appear from the same spot – right on the edge of the ‘orto’ – and last night he looked ever so confused that he couldn’t take his usual path now that we’ve finished putting up the fences and gates to secure our soon-to-be veg patch. He made do with pushing his nose through the squares in the mesh to eat exactly the same grass from inside the ‘orto’ as he was sitting on! Apparently grass is their preferred food, but they will supplement their diet with fruit and vegetables so I’ve started doing ‘orto’ perimeter checks on a night (I’ll be building watch towers and installing floodlights and barbed wire next!) Plan A though is to distract him with a patch of beautifully luscious, green grass right outside his ‘nest’ so by the time he sees my carrots and zucchini, he’s too full to care!