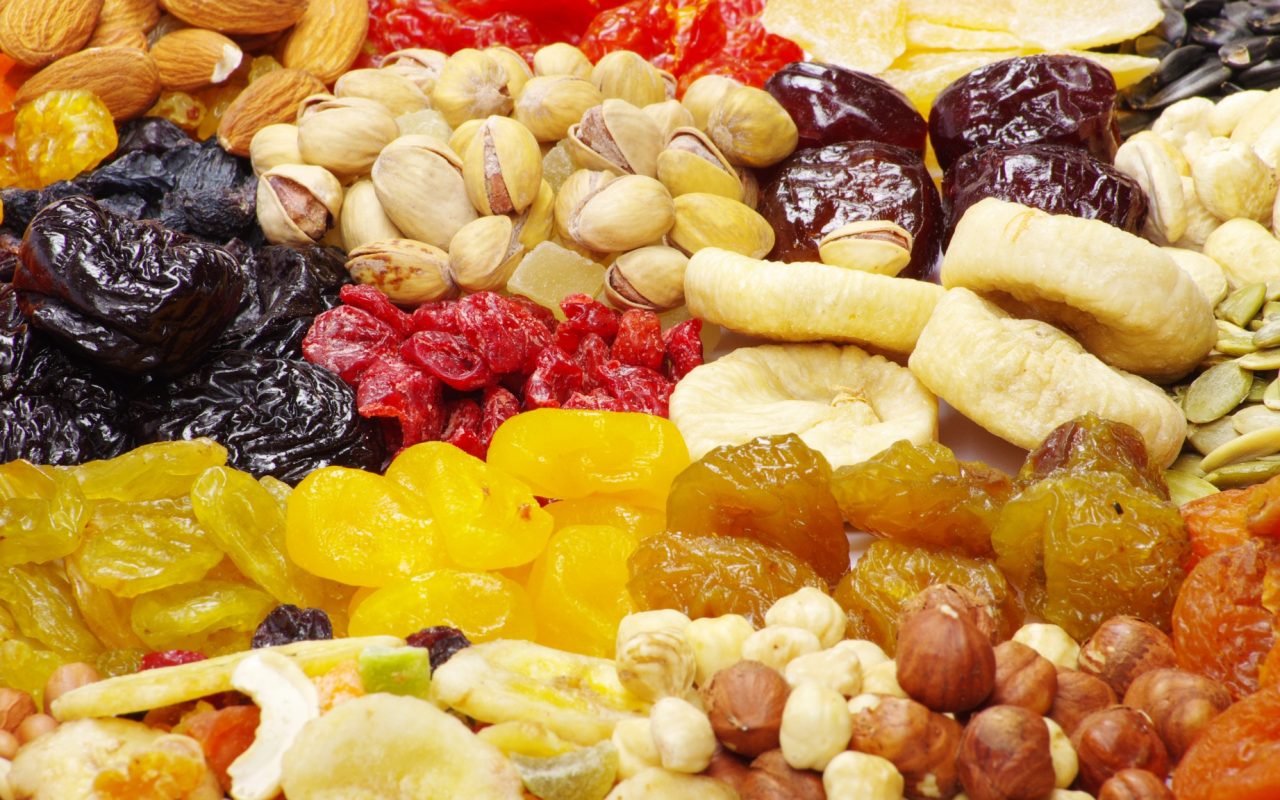 As you would probably expect here in Italy, the Christmas build up starts with food. Be warned: if you’re reading this on an empty stomach you may want to grab a little something to put you on, and I advise you to also have a tissue to hand – there are photos and descriptions of cakes and other sweet treats and I will not be held responsible if you drool on your screens or keyboards! 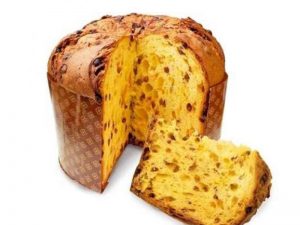 The Panettone appears in the supermarkets around the beginning of November – and it’s not just the standard one laden with dried fruit. Oh no, we’re starting to see the different flavour choices along the lines of the miniature Christmas Puddings that have appeared in the UK supermarkets over recent years … there’s the standard one full of fruit, one with the fruit but without ‘candita’ (candied peel) and even a chocolate chip and mascarpone cream one – I’m sure in a couple of years’ time there’ll be a sticky toffee pudding or a chocolate lava pudding version somewhere. 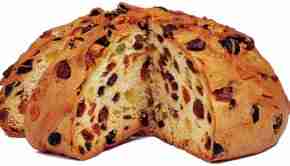 For those of you who like a little more weight to your cake, there’s also the ‘pandolce’. This is a traditional Genovese fruit cake, dense and flat, similar to a very rich scone mixture and packed full of fruit … the nearest thing to our traditional Christmas cake I suppose. The shop bought ones were great when we first moved here, but we were spoilt in our second year when my friend’s mum made one from scratch and we’ve had a yearning for her homemade version ever since. 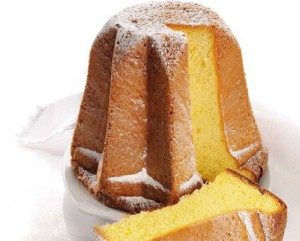 However, if you’re a real dried-fruit-o-phobe then you also have the Pandoro which is a star-shaped, plain sponge cake and comes in a large plastic bag with a sachet of icing sugar. The idea is to empty the contents of the icing sugar sachet into the large bag containing the Pandoro and shake the whole thing gently until the entire cake is snow-covered in the sweet powder. But be warned … if you’ve not quite held the bag tightly enough at the top, then so are your clothes, the carpet and any horizontal surface within a half mile radius. But it is worth the five minutes of faff because it is delicious and the icing sugar adds the perfect amount of sweetness. (I also saw a limoncello cream filled version of the ‘pandoro’ the other day in the supermarket … even this simple sponge cake can’t escape a make-over). 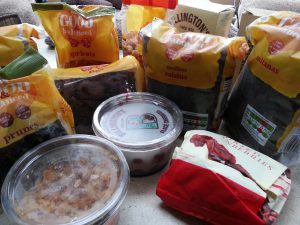 As well as indulging in most all of the above this year, we’re also including a couple of traditional English festive treats. You may remember back in March that we filled our ‘cantina’ with half of Holland and Barrett’s stock … a hundredweight of dried figs, cranberries, cherries, prunes, apricots, raisins, sultanas, currants and hazelnuts. Well that stock pile is now a little depleted after I made a very large jar of mincemeat at the beginning of last month and, of course, have had to make some of my famous November mince pies (well I guess they’re famous now!) The reason for the early pie making was purely for a taste test – I didn’t think we needed the full twenty four to make sure they were OK so I made up a batch of pastry, put a third to one side which made a tray of six mince pies and froze the other two thirds … the six I made were the taste test and easily passed, thanks to a celebrity chef combo of James Martin’s mincemeat recipe and Ainsley Harriot’s pastry recipe.

It just so happened that mid November we went for lunch at a friends’ house and I wanted to take something sweet with us, so I made up the second batch to have with coffee – they got the thumbs up from her Italian husband who has only ever tried the anaemic boxed variety before, courtesy of family members from the UK arriving with them tucked in their luggage. The third and final ball of pastry was defrosted one night when we’d had a long, cold day working on the land and needed something sweet. We got a small fire going in our chiminea outside and washed the freshly baked mince pies down with a little something alcoholic as it dropped dark – if ever there was a perfect time for a mince pie, then that was it! 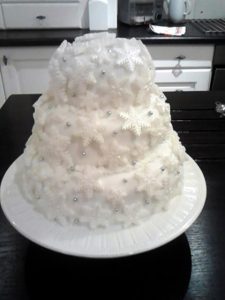 And as I type this post I am listening to the lilting tones of Michael Buble singing one of his many Christmas tunes. I’ve spent the afternoon preparing my Christmas cake and the accompanying festive music is essential – if not just to drown out my moans of discomfort as I cream the butter and sugar together by hand! I’ve trusted Nigel Slater again as his recipe is the best cake I’ve ever made, but we’re down-sizing a little this year … last time I made it was when we were still in the UK and I somehow ended up with three tiers! I’ve managed just the one tier this year and, with the baking being done today, I have a good two or three weeks of feeding it with brandy before I need to marzipan and ice it.

I wasn’t fully confident with the idea of baking it in the wood oven this year as it needs at least 2 ½ hours cooking (an hour at 160degrees and the remaining hour and a half at 150degrees) which is a whole heap of very precise temperature monitoring – I could be just one wrong log away from ruining the whole thing! So I’ve stuck with the caravan oven this year … not only should it bake more evenly but the whole caravan will smell of Christmas by the time its ready.

I’d originally had in mind to make a Christmas pudding as well this year, but with the huge jar of mincemeat, and my very-soon-to-be Christmas cake I think we’ll be full of fruit by the end of the year without it. However the Christmas Pudding vodka has been strained of all of its fruit and spices and is ready in a bottle in the ‘cantina’, having passed a couple of taste tests already (well we had to be sure) – it also makes a great room scent as the minute the lid comes off the bottle it smells like Christmas!

The diet is always a concern over the festive season and I know people say that we all eat too much – far too many calories, all the wrong foods and in such great quantities – but I feel that we are at least making the healthier choices with the ‘panettone’, the ‘pandolce’, my Christmas cake, a few mince pies and even the vodka. Five-a-day … no problem. I reckon we’ll be on eight just with desserts!!