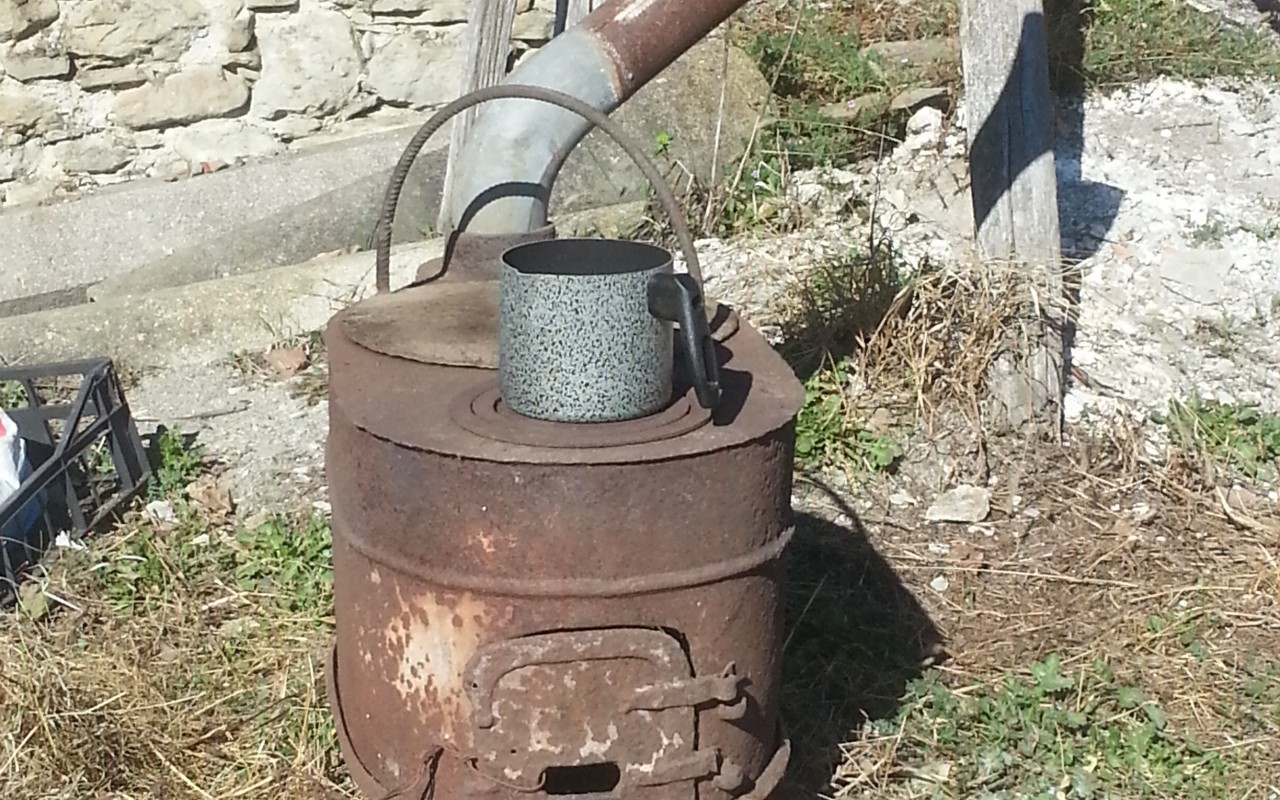 We’ve managed to pick the hottest day of the year so far (who’d have thought that it would be t-shirt weather on 4th February?) to test our ‘stufe’ (cast iron stoves) but we hauled them both outside into the sunshine, cleaned them up of all existing debris and piled up our little selection of firewood (handily found in our newly reorganised ‘fienile’) to get a small fire lit in each one. After watching the smoke billow from the newly cleaned seams on each stove (and which probably wasn’t helped by our choice of wood which may have been a bit on the ‘green’ side – good job there were no neighbours passing to point that out …) they both settled down to a nice steady burn, giving off a good amount of heat. And when it came to coffee time, we set our kettle on the little stove top to boil, before sitting in the shade to take a break with a drink.

It was at this point that I remembered our newly purchased infra-red thermometer – a neat little point and press gadget that we’d bought, maybe a little prematurely, to check the heat of our pizza oven when we got around to firing it up. Actually we were more premature in the fact that we also bought a recipe book for ‘all things’ pizza oven – I couldn’t resist the fact that there was a method for a fruitcake in there so I guess I’m already planning Christmas for this year! But it also contains everything we need to know about choosing the right wood, building the fire, controlling the temperature and what basic equipment would be useful to have – hence the thermometer. So it was pulled from its packaging, the battery was inserted and we spent the next couple of hours checking the temperature of EVERYTHING! The ‘stufe’ were obviously our priority, including the fires themselves, all cooking rings and the flues, but then we moved onto testing our hands, a couple of house walls, one of next door’s dogs, and finally the sun  … I’m a bit dubious about that last reading but the results of our investigations were that the ‘stufe’ got hot in all the right places. We now just have to think what colour we want to paint them … oh, and there’s the small matter of installing the flues and building a chimney!