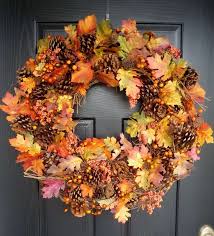 We’d had a good rainstorm yesterday afternoon and into the evening, the first real rain in about three months, and this morning’s result was low mist in the valley heightening the changing colour of the leaves and a real feeling that Autumn was creeping up on us.

I know people have differing views on when Autumn starts – some people go by the Gregorian calendar simply allocating three months to each season so in this mode Autumn started on the first of this month. Others look to the autumnal equinox as the starting point when night and day become roughly the same in length … this year that is 22nd September, so still almost a fortnight away. For me it starts on days like today … 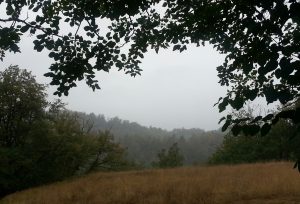 I stuck with shorts this morning but instead of the usual t-shirt, I reached for my jumper for a little extra warmth before I stepped outside. After only a few minutes I was already considering adding a pair of socks and my rigger boots as my usual flip flops seemed a little ‘out of sorts’ with the damp weather, but I soldiered on, soon forgetting how cold my feet were as I gazed at the surrounding countryside, marvelling at how different it looked since yesterday morning. 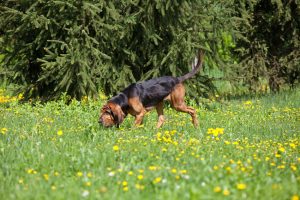 Giorgio was down in the valley with his hunting dog, bum in the air, nose to the ground and tail wagging continuously (obviously the dog, not Giorgio!) so that added to the feeling of the end of Summer as the hunting season starts up again here in October, Giorgio’s dog getting an early taste, and smell, of what’s out there. Another thing that struck me was how Giorgio was dressed … long heavy trousers, long-sleeved shirt, gilet, wellington boots and his constant companion, his hat, perched on his head. A far cry from his Summer attire of white vest and light trousers … his hat I think is glued to his head no matter what the season. 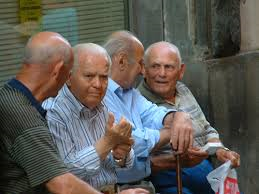 Then there was the smell … moist air, and the real feeling that the surrounding plants and woodland had been thrilled with yesterday’s rain. You can already imagine the funghi spores underground checking their watches and discussing who would be first to pop up in ten to twelve days’ time, and I can certainly imagine the excited chat over the caffé corretti (espresso with a drop of grappa) this morning in the local bars as the men discuss everything to do with the forthcoming mushroom season … everything that is except their private spot for collecting their prized porcini. 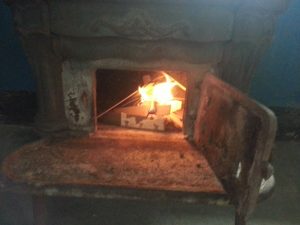 I was so inspired to embrace the season that I left our 19 degree caravan, entered our 21 degree house kitchen and, with a handful of twigs gathered along the way, I lit the stufa. With the flue pipe opened the draw was immediate and I stood mesmerised by the flames for a good five minutes. It’s a good practice to get into as the temperatures start to drop because a little bit of warmth from the stufa every couple of days will hold the house temperature just that little bit higher. Last Winter, because we weren’t able to get the stufa installed until late, we were eventually heating the house from a cool 7 degrees and were jumping for joy when we got it to above 10 degrees! This year I think we should easily manage to keep it in double figures.

As I finish typing this, the grey sky is giving way to some sunshine … patches of blue appearing in between the dark clouds and the day starting to feel generally brighter. But I’m holding onto the hope that Autumn is not far away here… not only for the funghi hunting but for warming stews, the roast chestnuts and evenings by the stufa.

But then of course it means it’ll soon be Christmas … and there’s only 106 days to go … so I hope you’ve all got your shopping done (Ho ho ho)!